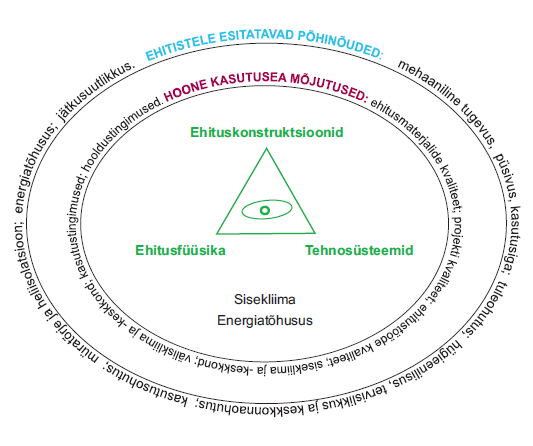 Climate
Tromsø
Tromsø experiences a subarctic climate (Köppen climate classification Dfc) because winter temperatures are just cold enough to qualify and the summer season is short. However, the weather and precipitation amount and pattern, with maximum precipitation in autumn and early winter, as well as lack of permafrost, are atypical for subarctic areas. Tromsø has a reputation in Norway for getting a lot of snow in the winter,[25] although there is a lot of variation from year to year. The all-time record for snow depth was set on 29 April 1997, when the meteorological station on top of Tromsøya recorded 240 centimetres (94.5 in) of snow on the ground.[26] The lowest temperature ever recorded is −18.4 °C (−1.1 °F), in February 1966.[26] However, at the airport, also in the city, the lowest ever recording is −20.1 °C (−4.2 °F) in February 1985.[27] The January average daily maximum is −2.2 °C (28.0 °F).[26] Summers are rather cool, with average high and low temperature in July of 15.3 °C (59.5 °F) and 8.7 °C (47.7 °F).[26] The highest temperature ever recorded is 30.2 °C (86.4 °F), in July 1972.[26] Outside the city, large areas in the municipality are above the treeline and have an alpine tundra climate. On the west coast of Kvaløya (Sommarøy), climate data show a mean annual temperature of 3.9 °C (39.0 °F), mostly because winters here are 2C°/3.6F warmer compared to the city,[28] making this part of the municipality a subpolar oceanic climate (Cfc) zone.

Most people live in the town of Alta, stretching along the inner part of the fjord, enjoying a sheltered climate; daytime mid-summer temperatures are often comparable to southern parts of Norway, and lowland areas in Alta are mostly sheltered from the winter storms. The mean annual temperature is 1.3 °C (34.3 °F) (1961–90) and the Alta valley does not have permafrost but is dominated by closed-canopy forest of birch and pine. Precipitation is low, with a yearly average precipitation of only 420 millimetres (16.5 in).[7] The frequent clear skies are the reason why Alta early was chosen as an excellent location for studying the aurora borealis.

Oslo has a humid continental climate (Dfb according to the Köppen climate classification system). Because of the city's northern latitude, daylight varies greatly, from more than 18 hours in midsummer, when it never gets completely dark at night, to around 6 hours in midwinter.[citation needed] Despite its northerly location, the climate is relatively mild throughout the year because of the Gulf Stream.

Annual precipitation is 763 millimetres (30.0 in) with moderate rainfall throughout the year. Snowfall can occur from November to April, but snow accumulation occurs mainly from January through March. Almost every winter, ice develops in the innermost parts of the Oslofjord, and during some winters the whole inner fjord freezes. As it is far from the mild Atlantic water of the west coast, this large fjord can freeze over completely, although this has become rare.[26] Oslo receives around 1,650 hours of sunshine annually and is average for the northern half of Europe.

Trondheim city has a predominantly hemiboreal Oceanic climate,[11] but borders on humid continental and subarctic climate. The part of the municipality further away from the fjord has colder winters (January mean at Klett 1961-90 is −5.5 °C (22 °F)). The part close to the fjord, such as the city center, has milder winters (January mean Trondheim city center 58 m amsl 1961-90 is −2.5 °C (28 °F).[12] Trondheim is mostly sheltered from the strong winds which can occur along the outer seaboard. The warmest temperature ever recorded is 35 °C (95 °F) on 22 July 1901, and the coldest is −26.1 °C (−15.0 °F) in February 1899. Trondheim experiences moderate snowfall from November to March,[13] but mixed with mild weather and rainfall. There are on average 14 days each winter with at least 25 cm snow cover on the ground and 22 days with daily minimum temperature −10 °C (14 °F) or colder. There is often more snow and later snowmelt in suburban areas at somewhat higher elevation, such as Byåsen and Heimdal, with good skiing conditions in Bymarka. Spring often sees much sunshine, but nights can be chilly or cold. The daily high temperature can exceed 20 °C (68 °F) from late April to late September, but not reliably so; on average are 34 days each summer warmer than 20 °C (68 °F). October is the most typical autumn month with cool temperatures and fall foliage, while November is considerably darker and colder. Average annual precipitation is 892 millimetres (35.1 in) fairly evenly spread out over the year, although September and October typically sees twice as much precipitation as March, April and May. Temperatures have tended to be warmer in recent years. The Trøndelag area has seen average temperatures increase by almost 2 °C (3.6 °F) in the last 25 years.[14